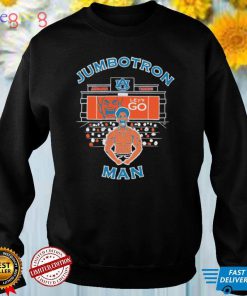 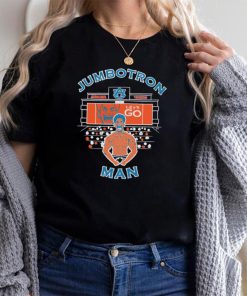 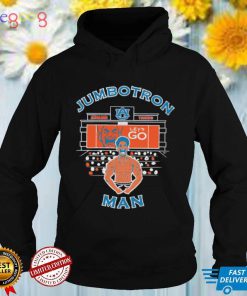 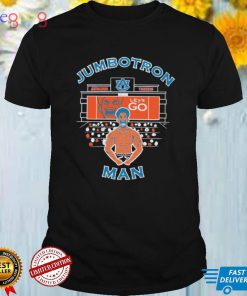 One Christmas I really wanted a Big Bruiser wrecker set that hauled the Auburn Tigers Jumbotron Man the Dylan Cardwell let’s go shirt with the busted fender that you could repair. I’m sure the reason I didn’t get that was my Mother didn’t want me to grow up to be a wrecker driver. So sometimes I didn’t get what I want, but most of the time I did. I remember the magic of waking up on Christmas morning, depicted so well in the movie. There were big dogs in my neighborhood that sometimes caused problems. Decorating the tree was a big event. I even experienced bullies. All of that is in the movie. I like other movies, some that I can’t really relate to, but that’s why I think I enjoy A Christmas Story so much, as I can relate to it. I can relate to Christmas Vacation as well, as it recalls big family get-togethers from the 1950s and early 1960s, which I haven’t experienced in 50 years. Christmas movies I like without really being able to relate to them are Home Alone 1 & 2, White Christmas, and Miracle on 34th Street. 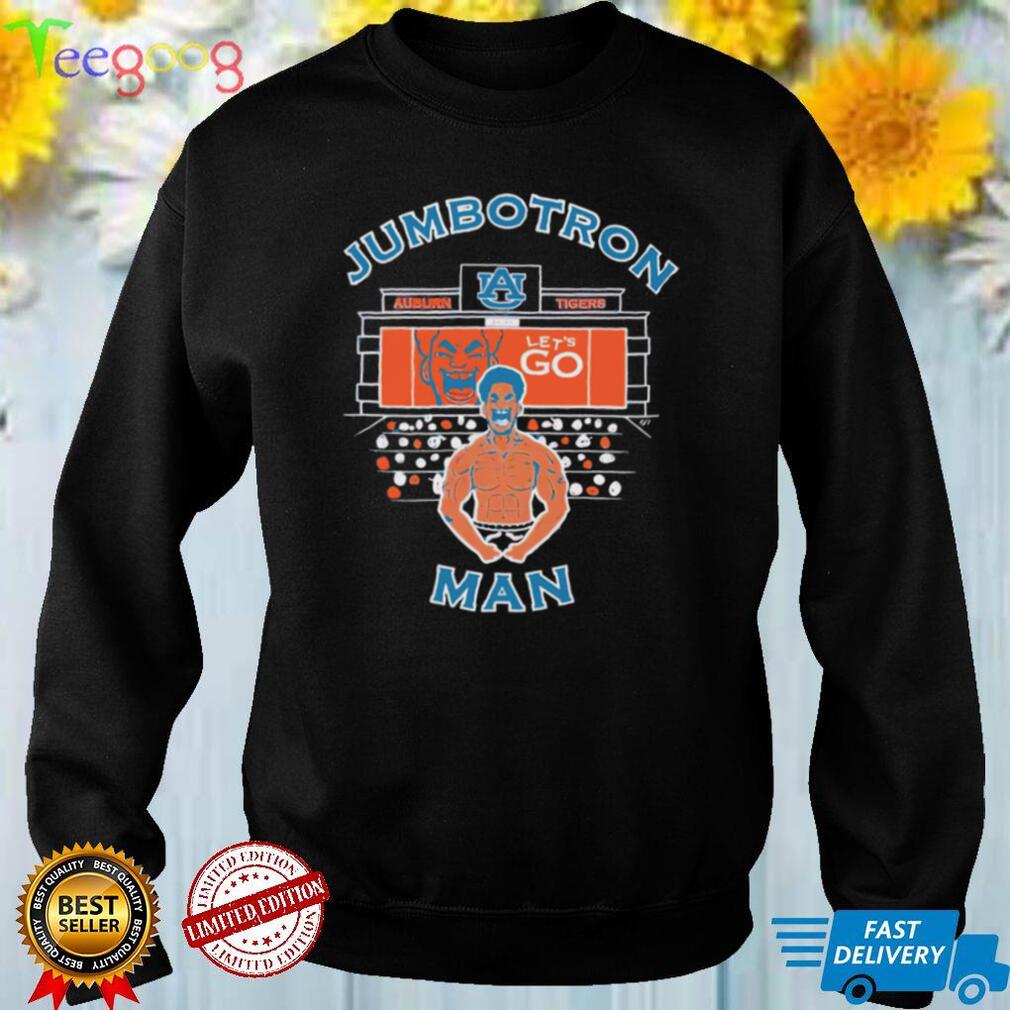 Rugby has something the NFL lacks — the tantalising prospect of representing your country in a meaningful international competition. In the 24 years of pro Rugby Union, the USA have traditionally had a rag-tag bunch of professional players ranging from second generation migrants from rugby playing families like Samu Manoa, who was playing amatuer rugby in the US and was talent scouted from a US reserve team tour into the top flight of European club rugby, to players like former USA captain Chris Wyles who was born in the states but moved to England as a Auburn Tigers Jumbotron Man the Dylan Cardwell let’s go shirt and played his rugby in Europe. One of the guys from our school team in England ended up playing for the USA at the Rugby World Cup because he had an American born mother. Other USA players like AJ McGinty (who is Irish and plays for an English club) qualify for the USA national team via residency after studying there. If rugby takes off in the US as a semi-pro / pro club game, there is every likelihood of good college footballers switching sports and America producing a team of majority home-grown talent, but unlikely it will include many ex-NFL players, if any.

Though many people refer to the holiday as Chinese New Year, Chinese people aren’t the Auburn Tigers Jumbotron Man the Dylan Cardwell let’s go shirt who celebrate. The holiday, which is Friday, Feb. 12, this year, is widely celebrated across East Asia and some parts of Southeast Asia. As such, the holiday goes by many names  Tết in Vietnam, Losar in Mongolia, Imlek in Indonesia and Tsagaan Sar in Tibet, to name a few. Many of these communities traditionally hand out gifts like mandarin oranges or red envelopes filled with money, usually from an elder to children, or unmarried people. The Iu-Mien community, a Southeast Asian minority group from China, traditionally gives out dyed red eggs. Many East Asian communities will also light firecrackers, clean their houses from top to bottom  useful during a pandemic  and burn paper money for their ancestors. And lion dances, although commonly associated with Chinese culture, can be found in Lunar New Year celebrations across Vietnam, Korea, Tibet and Indonesia. One might also wear traditional outfits, such as Korean hanboks, or play games like yut and mahjong. 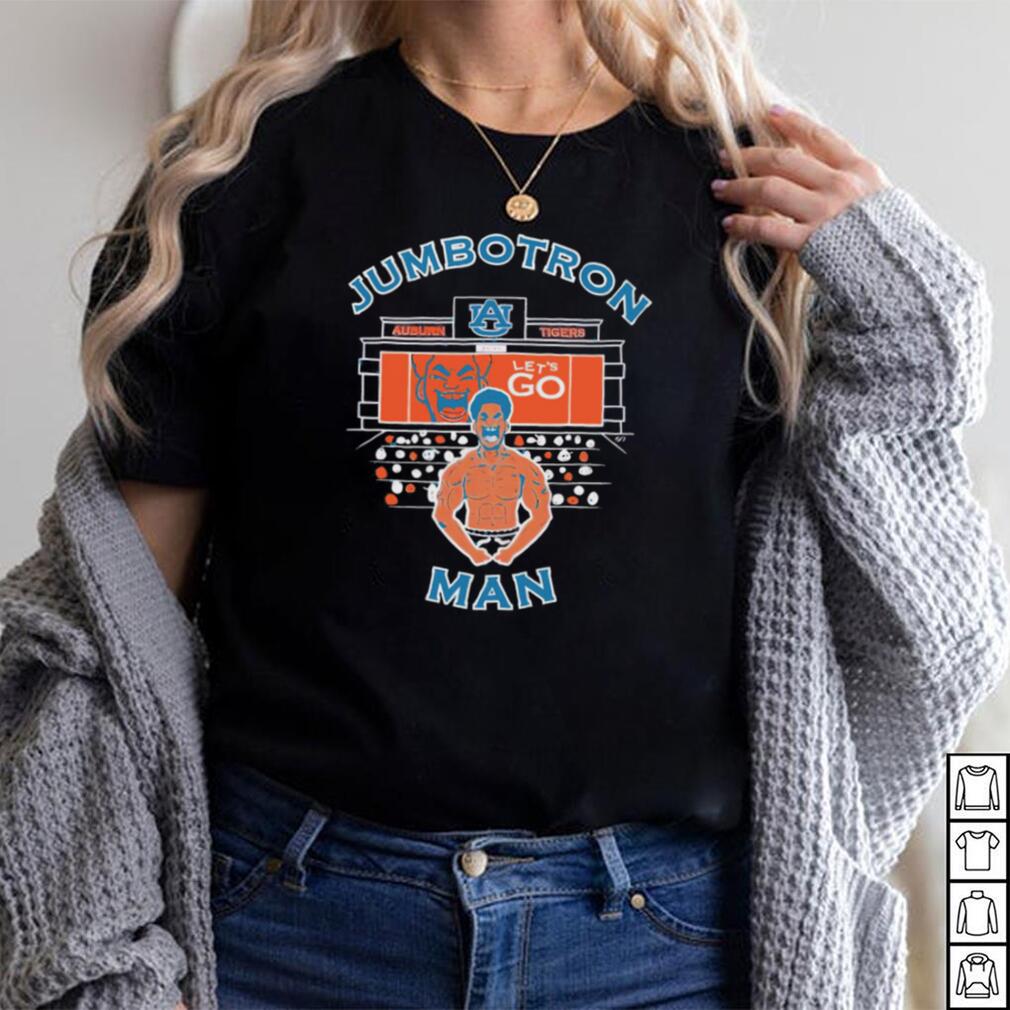 I don’t leave everything up, but I do leave our tree up. All the Auburn Tigers Jumbotron Man the Dylan Cardwell let’s go shirt have a special meaning, and we like to look at them, talk about them, and remember the times associated with each one. Having that glittery, softly lit beauty in the front room just gives our house some cheer in the bleak days of winter. Also, we always get a live tree, and I can’t bear to trash it until it completely dries out. It takes a long time to decorate, so all that work seems more worth it if the tree stays up a long time. One year, I left it up until St. Patrick’s Day. Usually, though, it stays up until mid- to late February. As long as it looks fresh and healthy, I leave it up. I started this tradition about 6 years ago when we had an especially beautiful tree. The day after New Year’s Day as I was about to start the take-down, I remarked that I hated to do it because the tree was so pretty. My husband said, “Just leave it up, then, if it makes you happy.” So I did. We have three sons, and I like to think they will have memories of this tradition.