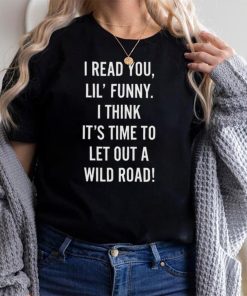 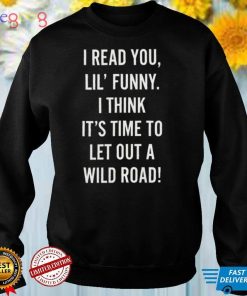 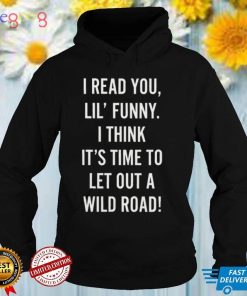 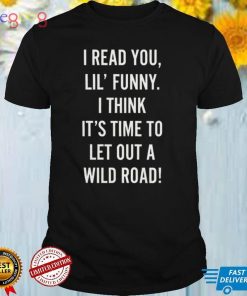 I guess I’m just used to thinking of I Read You Lil’ Funny I Think It’S Time To Let Out A Wild Road Shirt as amulets or other objects, but it seems the 3E version is definitely inspired by Tefillin. If anybody has the description of phylacteries in other editions of the MM, please put it in the comments, I’d like to compare and see if this was always the case, or if the similarity came later. Regardless, I still don’t think it’s anti-Semitic. D&D borrows from many religions, and kabbalah shows up in other places in D&D. Golems, for example. To me it feels more like elements of Judaism inspired D&D, rather than that D&D is trying to systematically portray Judaism as evil or somesuch. 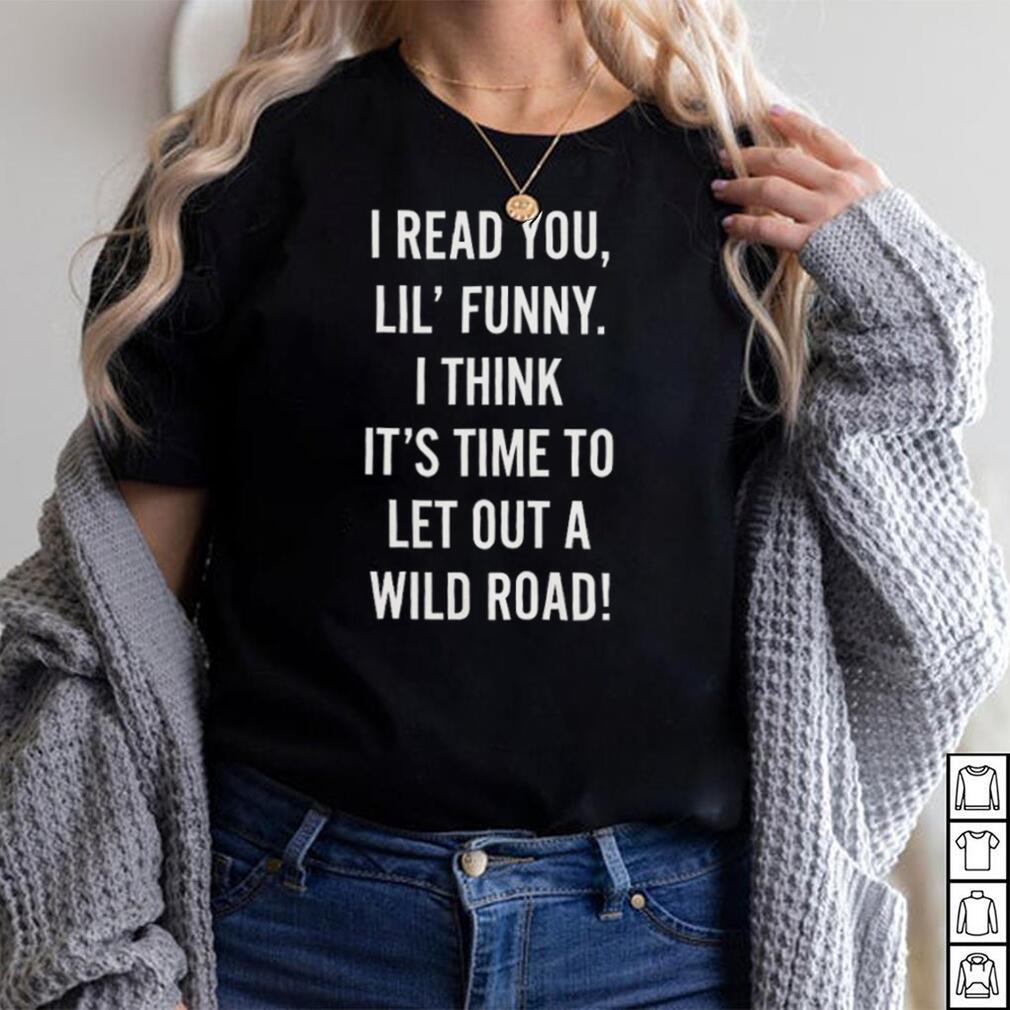 Pathfinder Unchained’s three-action economy returns as the standard off which Pathfinder 2nd edition is built. In essence, each turn you get three Actions, one Reaction, and the I Read You Lil’ Funny I Think It’S Time To Let Out A Wild Road Shirt to make Free Actions as they become available. Each ability, attack, or spell you can use can take between 1–3 Actions or might be a Reaction/Free Action, giving each one a sense of variable speed or weight. The net result is that understanding your tactical options during combat is extremely intuitive, and you get a lot more flexibility on your turn. You can move three times, you can attack three times, you can create a combo chain out of three different attacks, and so on. This is the point where I think you probably understand why HP is so generous in Pathfinder 2nd edition — you’re able to make several attacks in a turn at level 1, and at higher levels that translates to dropping a ton of damage very frequently. Simply put, Pathfinder 2 characters need the extra meat in order for combat not to feel stupidly lethal. If you’re worried about losing the sense of challenge, don’t; those critical hit rules can make combat feel very lethal.

I Read You Lil’ Funny I Think It’S Time To Let Out A Wild Road Shirt, Hoodie, Sweater, Vneck, Unisex and T-shirt

Although its extreme looks were popular with some fanciers, there were many who disliked the I Read You Lil’ Funny I Think It’S Time To Let Out A Wild Road Shirt and bill shape and wanted to return to the pre-Scandaroon version. So a third, straight-headed breed was produced by other crosses, this one called the Exhibition homer. Things were by now deviating a long way from the original Belgian racing birds and, without direct selection for their original purpose, none of these exhibition varieties had retained an aptitude for competition flying. Fourth in the series was the paradoxically named Genuine homer. There’s also the Show racer from American and a finer-billed English Show racer. 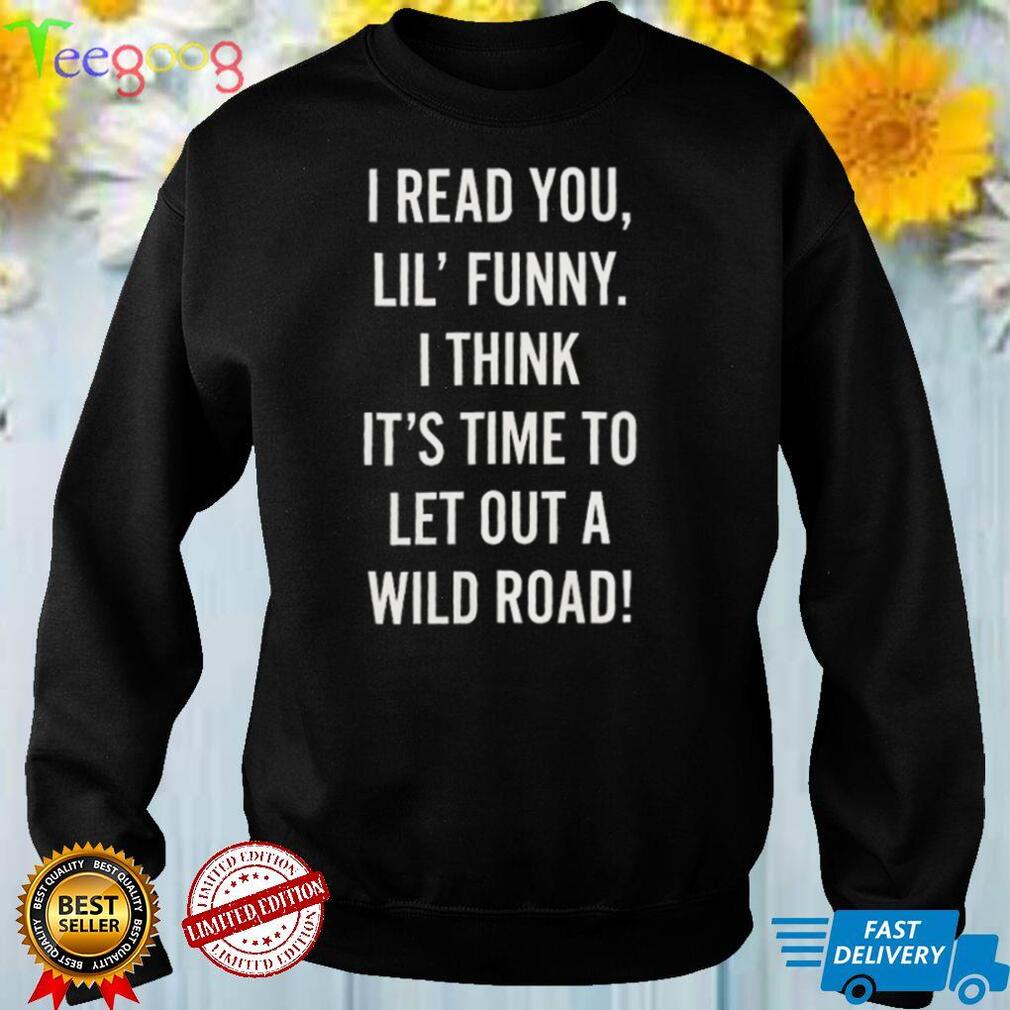 Who says he didn’t know? He just didn’t stop it. He doesn’t stop your bully either. Doesn’t mean he doesn’t know about it. Santa is in the I Read You Lil’ Funny I Think It’S Time To Let Out A Wild Road Shirt making/delivery business not the social justice business. He knows, he just does not have the power/authority to do anything about it. Nor does he have the time to go and stop bullying. He only puts bullies on the naughty list. He has toys to prep, routes to plan, lists to check, letters to read, visits to make, parties to attend, lists to check again, and deliveries to make on Christmas eve. There are many who think Santa only works 1 night a year, and they are wrong. Christmas prep starts at the NP on the 2d of Jan. The entire operation gets 7 days off each year to celebrate a job well done. The entire month of Jan is debrief based. What went right, what went wrong and how do we improve. Planning and policy changes happen in Feb. Toy planning is done in March. April is a very busy time. Baby Reindeer are born, toy production goes into full swing, and the first deliveries of raw materials begin to arrive(lumber, nails, paint, wires, circut boards etc). May is herding season for the reindeer. It is also time for toy prototypes. Every elf that has an idea for a new toy has an opportunity to demonstrate it for Santa’s approval.