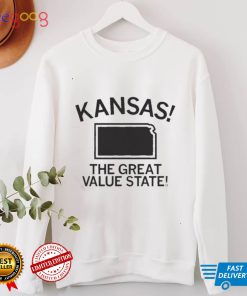 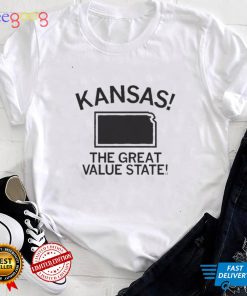 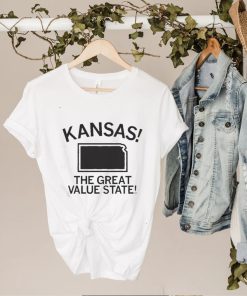 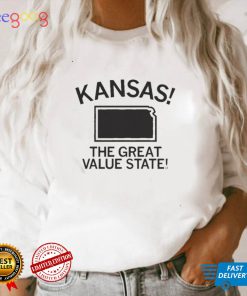 Talked down her rival to the point where his patron, Zariel, ended their pact and left him. According to DM, he intended to have Errakyon be an antagonist for much longer, but allegedly I roleplayed out a damned good argument. Pretended to be a Kansas Great Value State Shirt of Umberlee to distract a bunch of dock workers while Captain Fahren could sneak into a warehouse and liberate a group of people. She basically swayed her hips, said “Umberlee sent me with a challenge: Whoever can beat me, can have me!” And then proceeded to throw most of said workers in the water when they attacked her. Umberlee made it quite clear that if Spinel ever invoked her again without actually being a worshiper, she’d capsize every vessel she stepped upon. 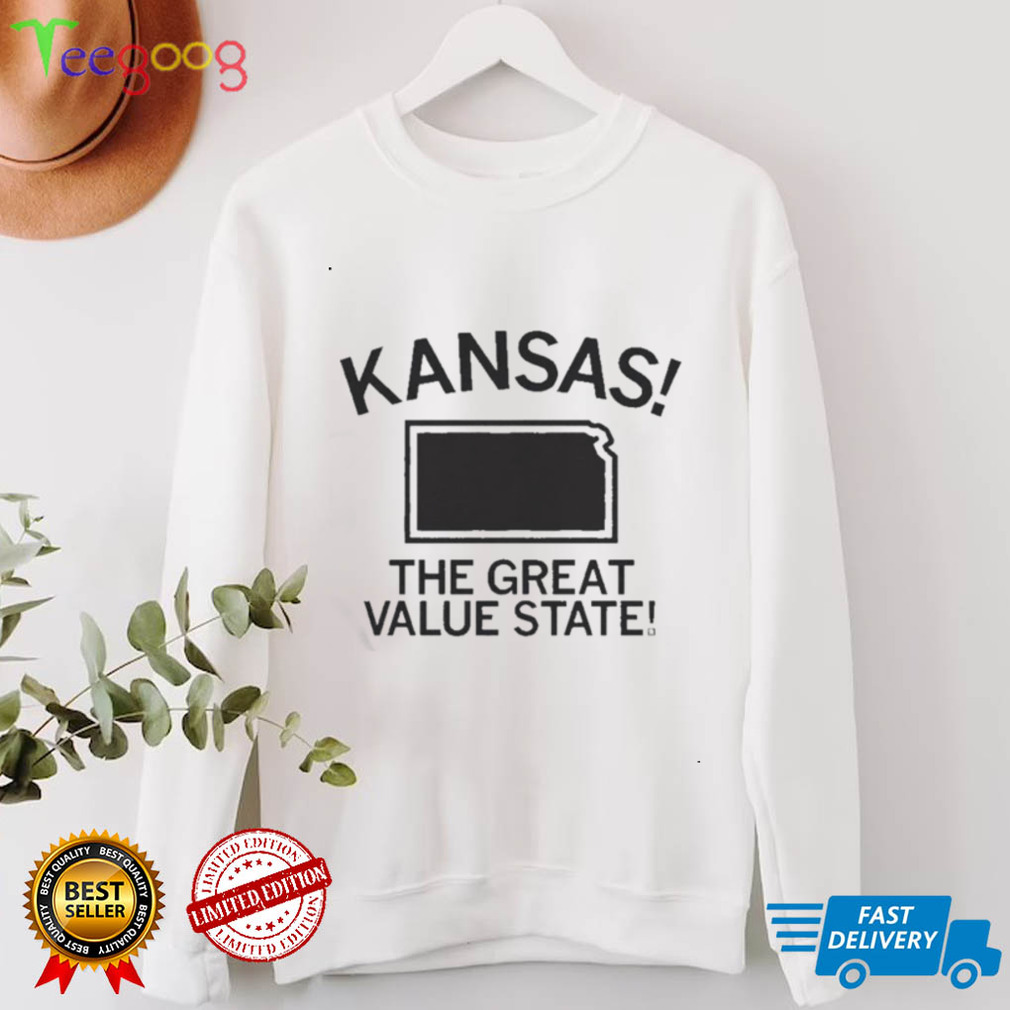 Pathfinder Unchained’s three-action economy returns as the standard off which Pathfinder 2nd edition is built. In essence, each turn you get three Actions, one Reaction, and the Kansas Great Value State Shirt to make Free Actions as they become available. Each ability, attack, or spell you can use can take between 1–3 Actions or might be a Reaction/Free Action, giving each one a sense of variable speed or weight. The net result is that understanding your tactical options during combat is extremely intuitive, and you get a lot more flexibility on your turn. You can move three times, you can attack three times, you can create a combo chain out of three different attacks, and so on. This is the point where I think you probably understand why HP is so generous in Pathfinder 2nd edition — you’re able to make several attacks in a turn at level 1, and at higher levels that translates to dropping a ton of damage very frequently. Simply put, Pathfinder 2 characters need the extra meat in order for combat not to feel stupidly lethal. If you’re worried about losing the sense of challenge, don’t; those critical hit rules can make combat feel very lethal.

A further tip, talk to them before the game begins, and see what they want out of the story, and try to give it to them. My buddy is getting ready to start a Kansas Great Value State Shirt game, and I’ve already given him my character backstory of a good cop slowly becoming a villain, and that I’d like him to have a slow redemption arc. My GM is excited by that idea, so along with whatever the main plot is, I’m going to be looking for moments for my ex-cop to make profound moral choices. Because that’s what I want in addition to starships and blasters. You also have to be willing to follow where your players lead. I once had my players completely derail my campaign, totally by accident, but we were having so much fun with where the game was going I ended up setting aside my original campaign plot and restructuring it to focus on where they were taking things, and we had a blast. 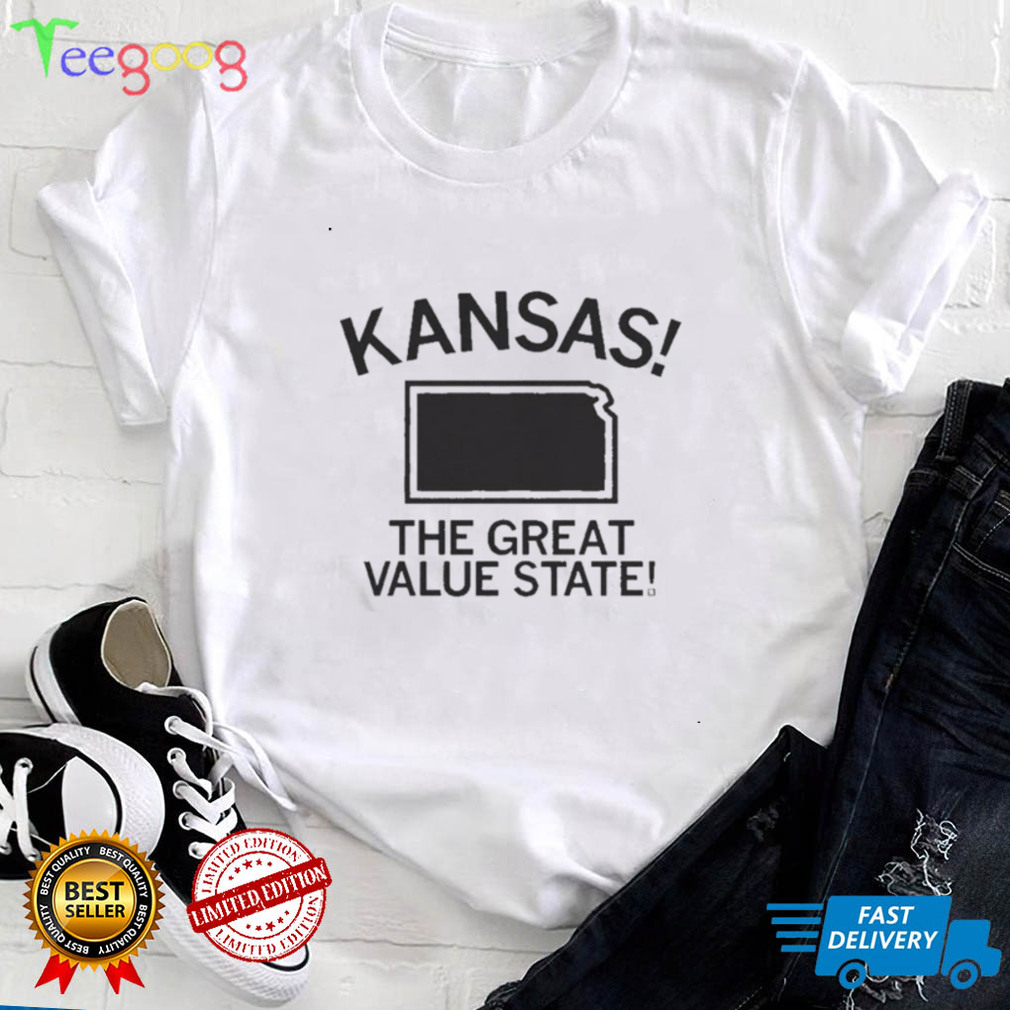 I was hoping Delores wouldn’t become a Kansas Great Value State Shirt aggressive rooster, as my recently deceased “Lance” had been, before passing on to “rooster heaven” with the assistance of a local coyote. The rooster I currently had, Gordon, was a sweet boy and was very happy to have Lance gone. Lance had been a fierce rooster who attacked literally every moving thing but the hens and me (displaying extreme good taste and discretion) and I was not prepared to live through as second several years of yet another “attack rooster”. Neither were the neighbor dogs. Nor were the neighbors, for that matter. I really didn’t think this would be a problem, as Delores was such a sweet rooster – showing no violence or aggression at all, and just wanted to sit on my shoulder (rather like a parrot) and look around. He’d snuggle against anyone’s neck or in anyone’s lap who would hold him and he adored being petted. Delores ran around digging for bugs in the lawn – but was just as happy sitting by the kitchen sink watching me trim vegetables or whatever. He made (as all my chickens did) a truce with the cats and was friends with the goats, horses and my other rooster, Gordon. They all slept together in the barn at night.