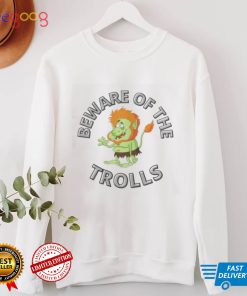 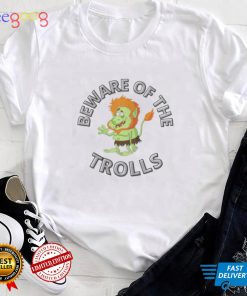 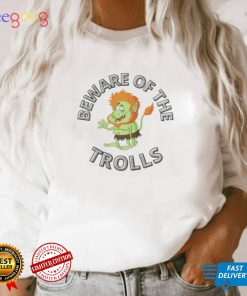 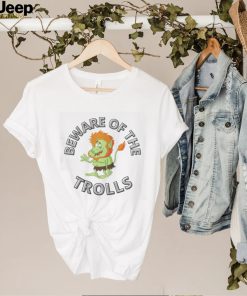 Imagine you’re an average goblin, living your life in your goblin lair, an abandoned tomb long stripped of NOVELTY BEWARE OF THE TROLLS SHIRT former occupants. You make a living scavenging scraps from around the local village, eating worms and squirrels and the occasional rat. You killed an intruder in your lair once, but he came into your house armed and looking for trouble. You took his crossbow and ill-fitting helm, which you keep in your lair because you never know when it will happen again. But what you really want to do is stay out of sight and live your life. Then one night, a bunch of people show up and wander right into your home! There’s a dwarf, a human, a halfling, and a filthy, stinking elf! You grab your crossbow and your ill-fitting helm, and prepare to defend yourself again. Your first arrow buries itself in the dwarf’s shield. You dodge the human’s arrow, and the dwarf’s hammer blow. You lose sight of the halfling, while the disgusting elf blasts you in the chest with a bolt of what looks like white fire, which seemed to emanate from the cursed holy symbol around its ugly, misshapen neck. It burns and stings, and reeks of rotten elf magic. 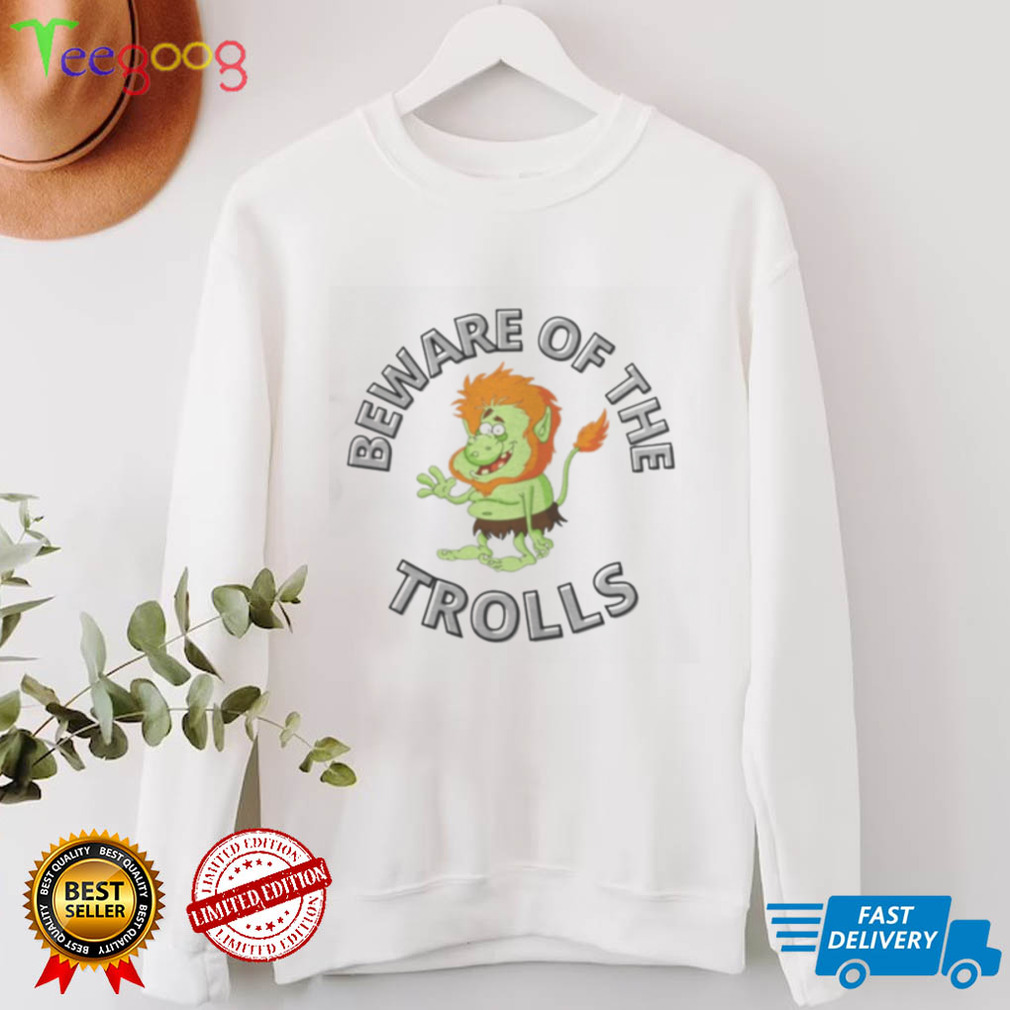 While many have argued that their gating of Skill Feats is what the real differentiating factor is between characters of NOVELTY BEWARE OF THE TROLLS SHIRT , I’ve found that the Skill Feats are often too situational for this to be the case compared with the baseline rolls. There is a kind of compositing that happens wherein your ability score will tend to be higher for skills that you’re more invested in, so there will be a visible spread between the highly skilled and the relatively unskilled — but it feels like this spread is being contributed by the wrong factors. At the end of the day I’m still looking at a level 20 Wizard who’s never benched a day in his life rolling at a +16 Athletics roll, able to handily and easily beat trained warriors, albeit lower-level ones, in martial arts forms that he’s never trained in. Level 20 or not, that’s kind of stupid. 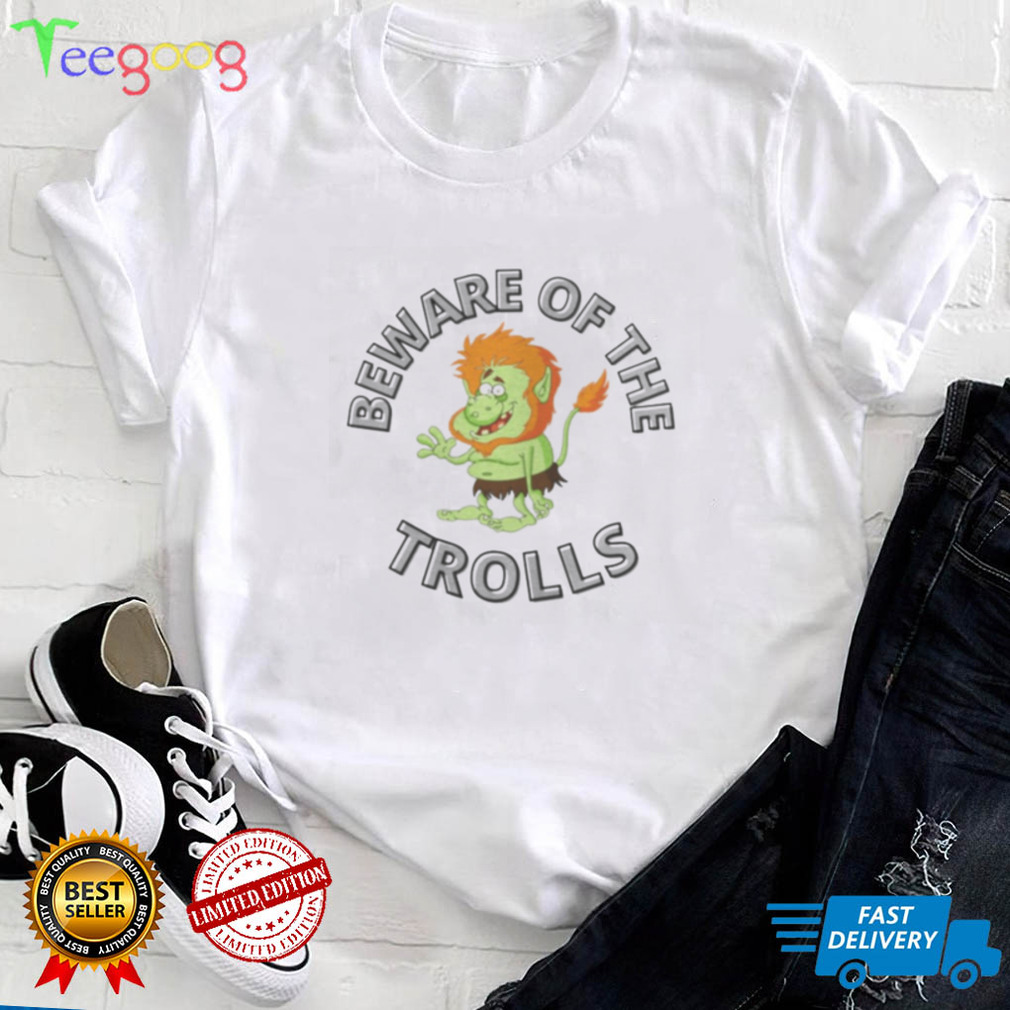 Tim Allen brings Christmas Cheer with him. This trilogy of delightful Xmas movies make even the NOVELTY BEWARE OF THE TROLLS SHIRT person smile and remember the joys of being young and looking forward to Santa Clause flying with his reindeer to each house on Christmas Eve. The first film, The Santa Clause, deals with a man, who has long disbelieved in Santa Clause- Father Christmas himself- until he is swept up and forced into being the Clause and his son becomes obbessed with Santa, despite everyone trying to tell him Santa doesn’t exist- what! The sequel, The Santa Clause 2: The Mrs. Clause, deals with Santa needing to find a Mrs. Clause or else he won’t be able to be Santa anymore! The threequel, The Santa Clause 3: The Escape Clause, deals with Jack Frost trying to take over the North Pole and become Santa himself. The trilogy is delightful, fun and perfect Christmas films for the whole family. No Christmas is complete without this film series.