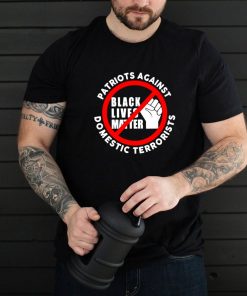 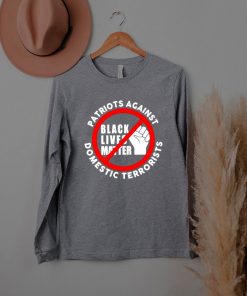 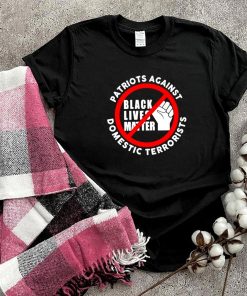 I knew this would be an unusual spend week with construction expenses, but it was surprisingly eventful Patriots against domestic terrorists shirt. I wasn’t planning on the medical when I started this diary, even though I knew it was imminent. Otherwise everything is pretty dialed back. We’ll YOLO every once in a while, but our baseline lifestyle is pretty frugal — we read library books, like to cook, watch subscription stuff. We used to get out a lot: movies, theater, concerts, restaurants (still do takeout like every other week, but it’s WAY less. Also less on wine/cocktails, HEY-O! 🙂 ) and we spent a good chunk on travel… someday we will again.

I see us dropping all this money on the guest house in a year of reduced and uncertain income and my heart catches a little on the “wtf are we doing” of it all. I stand by it, though; this should increase our equity (and make it easier to sell) if we decide to move, we could be making extra income by renting it as soon as the fall (not life-changing income, but a nice boost), and it’s just a relief to do this thing we’ve been saying we’ll do “eventually” for four years.

I know I have some emotional hangups/issues around money, and I noticed those come up this week. I think those Patriots against domestic terrorists shirt are more like extensions of “living in the past/future” hangups/issues than they are isolated to money. I’m interested in some form of FIRE, but that’s ever evolving — I think I realized a few years ago that the path I took because I wanted to have a fulfilling and meaningful career… doesn’t feel that fulfilling or meaningful all the time? So, does CoastFIRE or BaristaFIRE make more sense? Just enough to take a year off and travel? Just the FI part so I can feel like work is because I want to, not because I have to?

We are thinking about growing our family in the next couple years — whether biological child, foster or adopt. We’ve talked about expenses in caring for elderly parents down the road, though there are a lot of unknowns there too (heavier on my mind in the past few months with the parents and grandmother stuff). We’re still at the point where “save as much as we can” is pretty much the most immediate step for whatever is our ultimate destination. Basically, I’m just trying to keep fumbling forward.