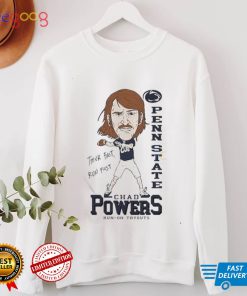 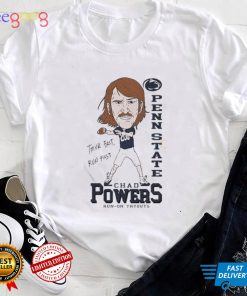 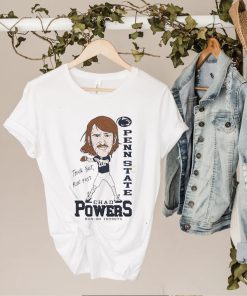 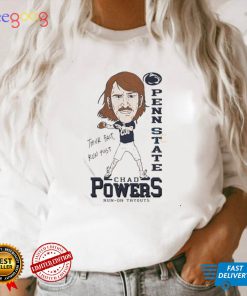 So Unthir can’t immediately attack—doing so risks the ire of another Lich; instead, she and Spinel talk for a Penn State Chad Powers Run On T Shirt. Notably, Spinel doesn’t really treat Unthir any differently than if she was talking to an alive Elven Wizard. She’s just herself: Friendly, openhearted, vulnerable. And something about that strikes a chord in Unthir. I forgot exactly what happened, but Spinny hugged her, and Unthir just started crying—obviously not actual crying because she’s a Lich and her tear ducts decayed centuries back, but the emotions are still the same. So Spinel just kept hugging her until Unthir felt good enough to let go. 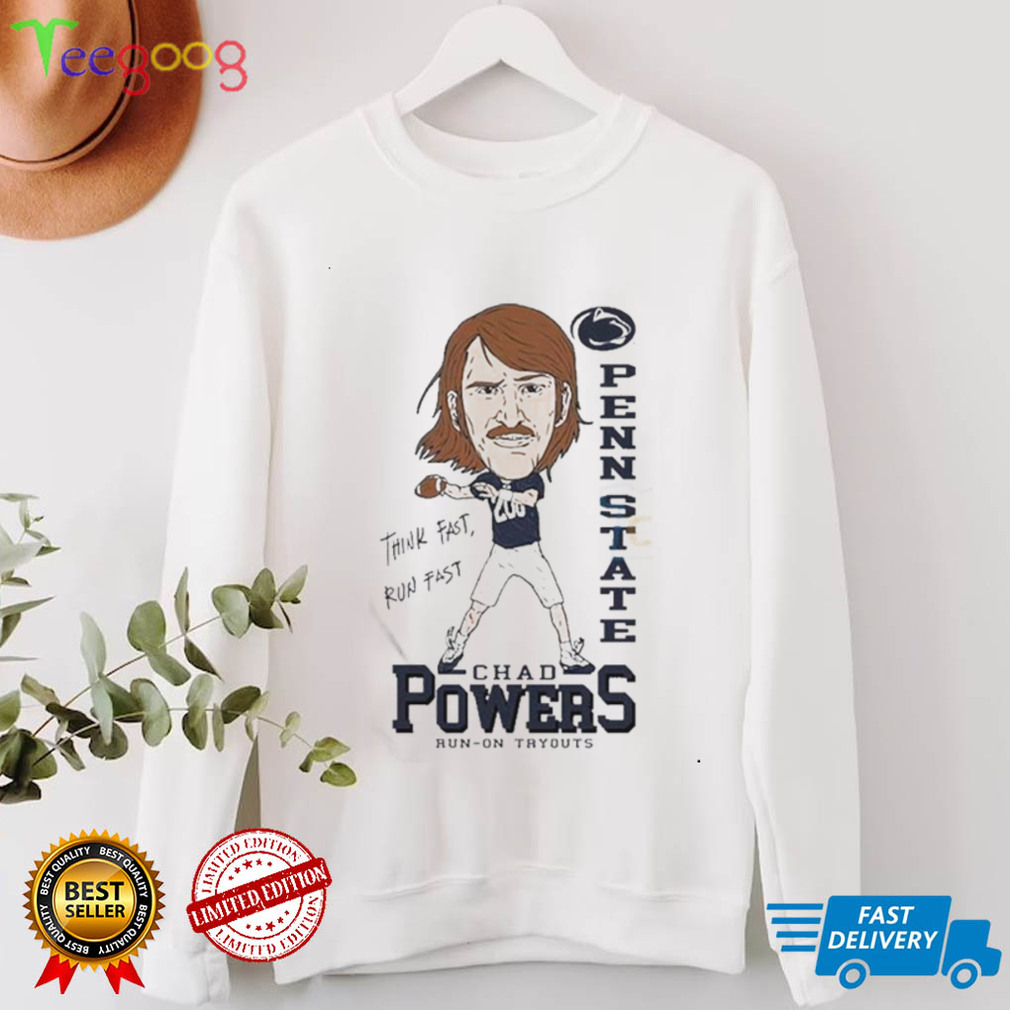 RP advantage: Inherently complex characters. There are few classes I find more boring RP wise than clerics and paladins – not because they are godbotherers but because they are expected to fully commit to their deity to get their powers. The Cleric of Deity X is expected to fully commit to the Penn State Chad Powers Run On T Shirt of Deity X and behave in a relatively straightforward way. As is the Paladin of Ideal Y to uphold Ideal Y (and if they strayed too far in earlier editions they might fall, leading to the notorious “Everyone out in the courtyard and we’ll see who can no longer Lay on Hands” means of detecting fallen paladins). Meanwhile your average Fiend-pact warlock doesn’t actually want the world overrun by demons and your average Great Old One warlock doesn’t even understand the motives of their patrons. A character who isn’t aligned with their patron god but still gets power from them and respects them is inherently to me far more interesting than one who is and although I can do this with an orthodox cleric or paladin playing a celestial warlock (or a warlock in general) feels different and communicates to everyone that I am doing this.

Zharukk. Zharukk is another example of Penn State Chad Powers Run On T Shirt  eugenics experiments: He’s a Tanarukk, but not of Baphomet like your standard Volo’s Takarukk*. He’s a Grazz’t Tanarukk, which results in him looking almost half-human. He tells everyone he’s a Half-Orc and lets people assume the other half is human. Unfortunately, his sorcery powers awoke much later in his life, and therefore he was considered a disappointment to the tribe and was often denied opportunities to really tap into and train his demonic heritage. He’s trained as a (Sea) Storm Herald Barbarian and now has a few levels in Storm Sorcerer. Despite being very Chaotic Evil and decidedly immoral himself—he knows the right thing, just doesn’t do it, he likes when people order him around to do good things. (My DM cackled when I gave him Zharukk “Oh my god, mage, you made a moral sub!” The first assignment he and my Warlock went on, she forced him to stay back and help her with underwater rescues. He’ll never admit it, but he’s a bit happier for it. 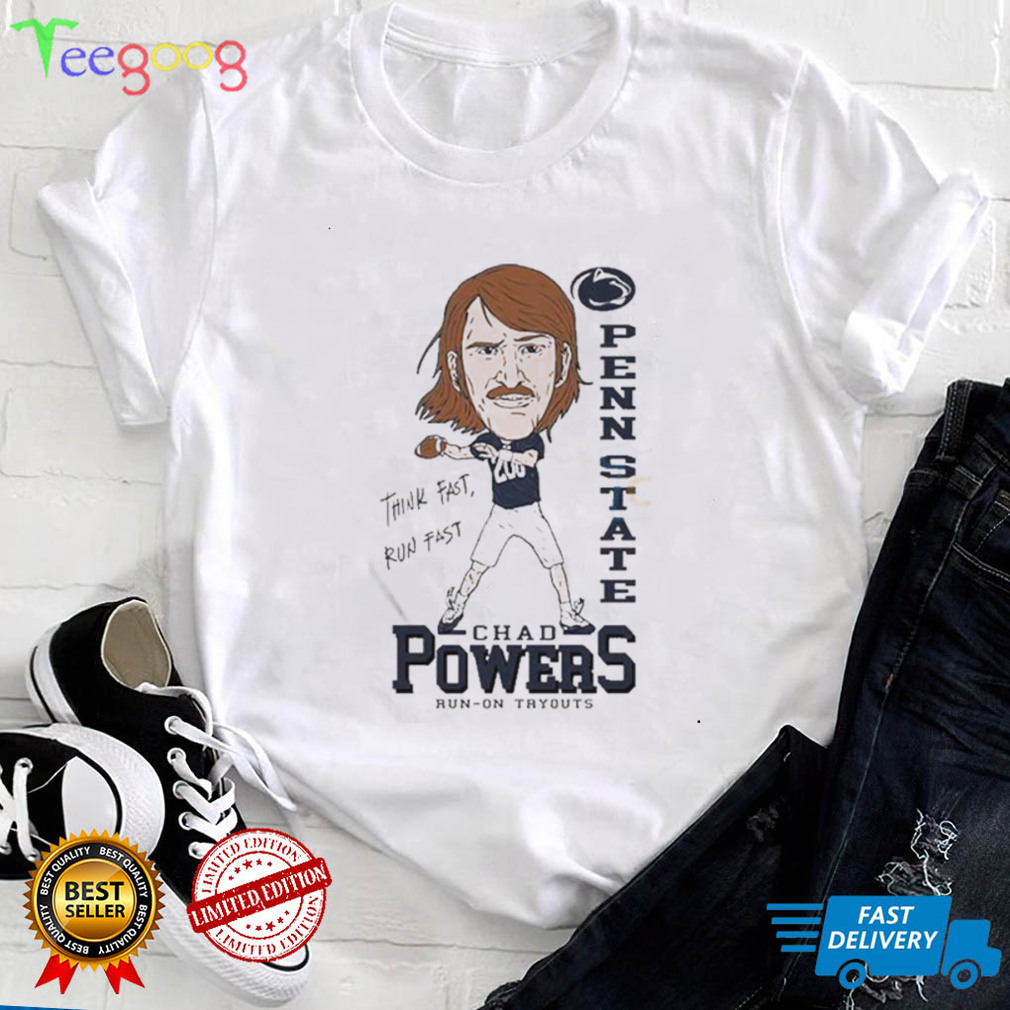