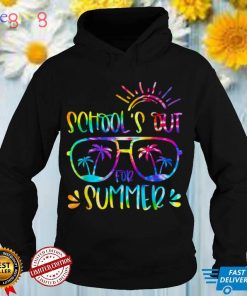 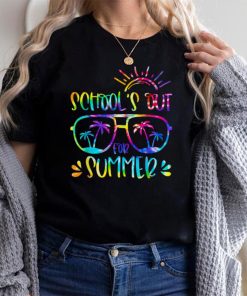 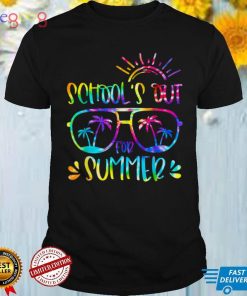 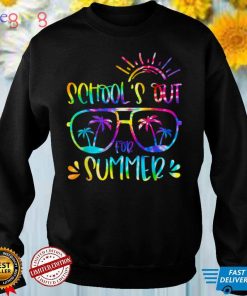 I served in Vietnam early on as an enlisted Marine…a volunteer, not a School’s Out For Summer Glasses Last Day Of School Tie Dye T Shirt. I did 4 years in the Marines, was wounded, medivaced, finished my enlistment and headed off to college on the G.I. Bill, starting in 1967, the height of the Anti-War movement. My plan was to finish my undergraduate degree and reenter the Corps as a career officer. (I ended up retiring 22+ years later as a lieutenant colonel.) I, of course, as a combat vet, had a case of what was later called PTSD. One Saturday night in my freshman year at a friend’s off-campus apartment at a party, some long-haired guy said “You were a Marine…did you serve in Vietnam?” I told him that I had, and he called me a “baby-killer”. I punched him so hard his head went through the sheetrock wall…only on one side, not into the next apartment. 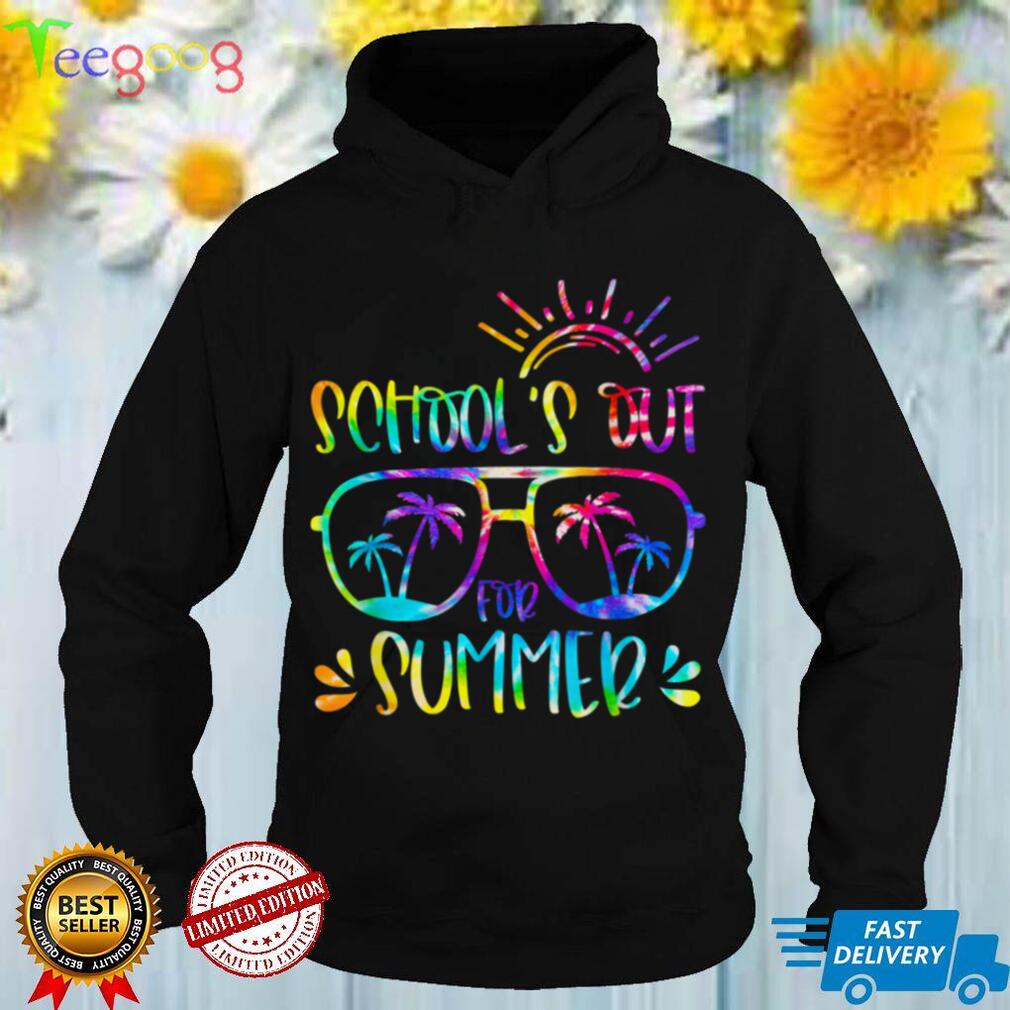 My stepfamily – my brother, brother’s wife, and her kids (which he adopted) – have many wonderful qualities, but organisation is not one of School’s Out For Summer Glasses Last Day Of School Tie Dye T Shirt. Even when I was 15 my brother (18 years older than me) would call me, panicking, on Christmas Eve, wanting me to come shopping and help pick out stuff for his girlfriend. Now that he’s married and in his fifties, he no longer calls me for shopping help, but I expect he still leaves a lot of it till Christmas Eve. This year I’ve been texting him and my niece since September, asking what to get for my nephew and his partner (who I don’t know that well, and I’ve never met his partner), my niece’s partner (ditto), and five kids (I was never an average kid and have no idea what to buy children, as shown by a couple years ago, when I bought the 3-year-old a box set of the Chronicles of Narnia, and then was startled when I was gently told that 3-year-olds can’t read. I taught myself to read with Enid Blyton at 3, and my dad gave me Narnia by the end of that year, but apparently this is not the norm).

Just for context, I come from a School’s Out For Summer Glasses Last Day Of School Tie Dye T Shirt that takes Christmas very seriously. We’re not religious; for us it’s just a time to get the whole family together and eat too much and drink too much. But as I’ve grown older I’ve come to realise that we approach it with far more enthusiasm than most. I shall be very sad if we’re not able to do our usual Christmas. But I shall be no less sad than many British Jews were back in April, when they had to celebrate Passover in lockdown, or British Sikhs, who celebrated Vaisakhi the same month. I’ll be no less sad than British Muslims were back in May, when they had to do Eid in lockdown, or than British Hindus were on Saturday when they had to do Diwali in lockdown. Why does my cultural celebration take precedence over theirs? Why are the government being so careful to ensure we are not locked down over Christmas when they evidently didn’t give a stuff whether we were locked down over all the above festivals? These are questions worth asking, and it’s a journalist’s job to ask them. The answer may well turn out to be that all of Johnson’s comforting nonsense about being out of lockdown in time for Christmas was just that, and the reality is that he put another lockdown off until he was forced into it. Or it might be that he made a cynical political calculation and determined that he could afford to piss off religious minorities, but couldn’t afford to piss off the majority. 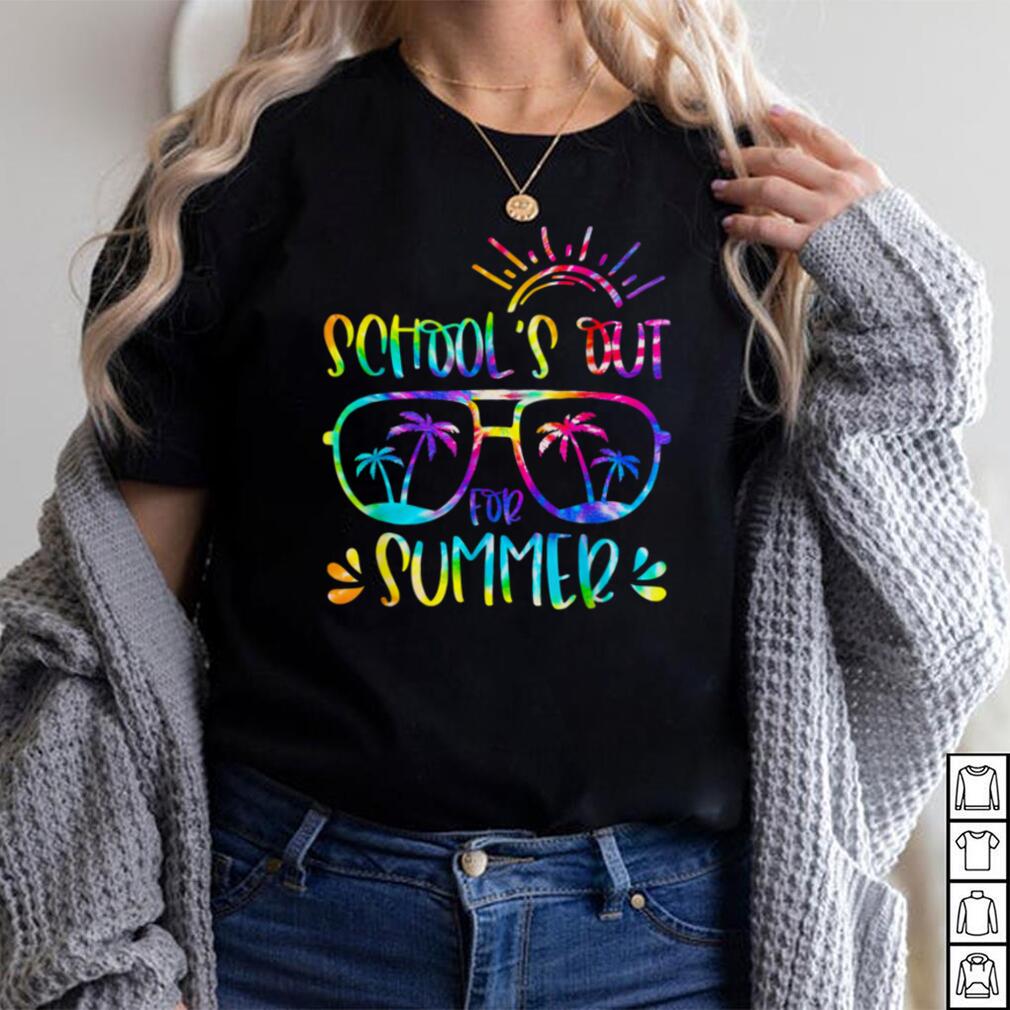